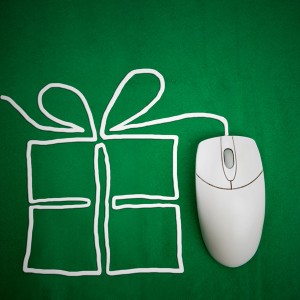 To remain a popular destination for holiday shoppers and reap the benefits of the most fruitful shopping season, retailers must offer sales that appeal to smart shoppers; a large, knowledgeable staff that can provide great customer service; and technology to help them through the many shopping trips they will inevitably make.

Smart shopping
In the saving vs. splurging debate, price-conscious consumers are still coming out on top. As predicted, the trends we saw during the back to school shopping season have carried over to the holiday season. Only 21 percent of holiday shoppers planned to spend more money on gifts this year than last according to a study conducted by Customer Feedback Insights (CFI) Group, with the rest aiming to conserve.

They’re dead set on saving: one in three shoppers said their store preferences are most motivated by promoted sales and coupons. Likewise, a quarter of them said they choose their holiday shopping destinations based on everyday low price, rather than location, store atmosphere or customer service. These results suggest that this season’s shoppers value convenience over experience.

Although the economy is slowly recovering, we are also seeing consumers continue to struggle. Roughly half of respondents said their holiday spending plans were affected by a change in their personal financial well-being.

As reported during the back to school season, shoppers are not only taking advantage of sales but shopping smarter in general. A quarter of holiday shoppers started in October and 61 percent plan to have their shopping wrapped up by early December. The study showed that many of these smart shoppers were millennials – they started and will end their holiday before their 45-56 year old counterparts. Aside from age, income also played a role: higher income consumers are more likely to be “last minute shoppers” and those with incomes less than $50K are early shoppers.

Cyber spending
Consumers are becoming less interested in shopping specifically on Black Friday and Cyber Monday. Fewer than a quarter indicate they plan to spend more than half of their total holiday shopping budget on those days. Their dollars are being spent online instead. According to the same CFI study, 45 percent of consumers indicated they will spend more than 40 percent of their total holiday budgets online.

While most would assume that millenials take the cake when it comes to e-commerce, CFI reported that the best opportunity for online holiday sales lies among 25-34 year olds because one third of them will spend more than half of their 2013 holiday budgets on the web. In general, though, e-commerce spending was strong among both baby boomers and millenials.

The brick-and-mortar buzz
As reported by AchieveGlobal, two key discoveries were made this holiday season. Customers who were happier with their overall shopping experiences were likely to spend more. Specifically, a satisfactory experience includes availability, variety, quick checkouts and friendly service.

Retailers who achieve these are ringing in more sales this holiday season. In a recent study, Deloitte reported that 37 percent of respondents still prefer shopping in a physical store rather than online for holiday products. Exceptional customer service still inspires shoppers to give a retailer their business.

In order to accomplish quick checkouts and friendly service, retailers made the effort to hire a staff large enough to adequately accommodate holiday shoppers. WANTED Analytics reported that during September and October of 2013, U.S. retailers had more than 379,000 available sales jobs – an 11 percent increase in demand when compared to the same two-month period in 2012, marking a new four-year high level of demand for retail jobs.

More than half of respondents to the Deloitte study said that knowledgeable store associates lead them to making an in-store purchase. However, what today’s consumers deem great customer service involves more than just a knowledgeable staff – 32 percent feel store associates can provide customers a better shopping experience when equipped with the latest mobile technologies. Likewise, nearly six in 10 of shoppers will use self-help technologies — the most common being price checkers (60 percent) and self-checkout payment lanes (57 percent).

However, today’s consumers are skeptical about retailers’ ability to provide them with cross-channel customer service: 59 percent said feel they are better connected to consumer information, including coupons, competitive pricing and product availability, than store associates.

How have the holidays been treating your store?